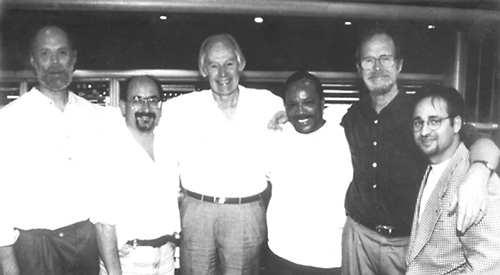 When a record becomes a hit, it's usually the songwriters, producers and the performer who garner most of the acclaim, while one of the most important cogs in the hitmaking machinery - the arranger - goes virtually unnoticed.

Along with the producer, it's the arranger who helps shape the song in the studio, fleshing out the songwriter's melody, framing the song with the proper instrumentation and creating the proper mood - be it a dance record or a big ballad - eventually turning the song into something that lodges itself in the ears of the record-buying public.

One of the best of these behind-the-scenes maestros is British-born Jeremy Lubbock. A highly respected arranger, producer and songwriter, Lubbock has established himself as a unique and important presence in popular music with his uncanny ability to work in a wide variety of musical styles. A list of his credits not only shows off his incredible versatility, but it also reads like a 'Who's Who' of pop music.

A Majestic Slice Of Life...

A gifted and largely self-taught pianist, Lubbock displayed an extraordinary gift for music in early childhood. He gained his first exposure to music at age three, when his father, a fine classical musician himself, began ear-training exercises for his son that soon developed into a wide appreciation of and a consuming passion for musical exploration and composition. Although the first sixteen years of his musical life was devoted almost entirely to classical music, in his late teens he discovered jazz and the great American song writers.

He launched his professional career as a pianist and vocalist performing in such venues as Les Ambassadeurs Club in London and The Blue Note in Paris while working his way through school at Oxford University and the London Architectural Association. ( At one stage it was uncertain whether his profession would be architecture or music ). In 1953, an agent landed Lubbock a single recording deal to sing "Catch a Falling Star", produced by Beatles producer George Martin. The song served to help Lubbock "get his foot in the door". In the 50's and 60's, he traveled throughout the world playing clubs, soaking up various musical influences and honing his skills, in particular his talent for arranging. By the early 70's, Lubbock's flair for arranging landed him freelance work for the two major television companies in London - the BBC and ITV. In this capacity, he utilized his classical background while working with big band and radio orchestras. But as Lubbock's reputation for quality work began to grow, he began to realise that only in America would he find the scope and range of work he wanted.

Impressed by Lubbock's versatility and talent, noted composer and arranger Don Specht invited him to move to the States, where there were more opportunities to utilize his gifts. In 1977 Lubbock took the plunge and moved to Los Angeles with his family. The move to America proved to be auspicious. Specht introduced him to Joni Mitchell's then producer Henry Lewy, who invited the newcomer to work on Mitchell's "Mingus" album (1979) and to arrange Minnie Riperton's final album "Minnie". His fresh approach to these projects caught the attention of producers Quincy Jones and David Foster, who enlisted his help on a number of prestigious releases. These included, for Foster, "Chicago 16", "17", and "18", and for Jones the "ET" album narrated by Michael Jackson.

In addition to working with the biggest stars in the music business, Lubbock has also received many accolades from his peers. In 1984, Lubbock won arranging Grammys for Chicago's "Hard Habit to Break" and for the Olympic Gymnastics Theme "Grace", and in 1994 for "When I Fall in Love" from "Sleepless in Seattle". During the course of his career, he has received eleven additional nominations: a co-nomination with Harvey Mason for "Wave" in 1979; a co-nomination with Jay Graydon and David Foster for Al Jarreau's "Mornin' " in 1983; a nomination for his vocal arrangement for Manhattan Transfer's "The Night that Monk Returned to Heaven" in 1983; for Diane Schuur's "A Time for Love" in 1986: as producer for CBS Masterworks' "South Pacific" in 1987;for Patti Austin's "Alone in the World" in 1991; for Diane Schuur's "Guess I'll Hang My Tears Out to Dry" 1992.

1994 was exceptional for Lubbock, in that he received three Grammy nominations out of a possible five in his category; for Barbra Streisand's "Luck Be a Lady Tonight", Whitney Houston's "I Have Nothing" and "When I Fall In Love" from "Sleepless in Seattle", which won him his third Grammy.

He has also received a 1999 nomination for Barbra Streisand's "I Believe" / "You'll Never Walk Alone" from the "Higher Ground" album.

Songwriting - both music and lyrics - has also played an important role in Lubbock's career. His song "The Best of Me", written in collaboration with David Foster and Richard Marx, and recorded by longtime British pop sensation Cliff Richard, debuted at #2 on the British charts in the summer of 1989. It was also recorded by Barry Manilow for his box-set album. His most recent success has been "With Your Hand Upon My Heart" for Patti Labelle and Michael Crawford and "Ayer" for Luis Miguel, which in its English incarnation ("All That My Heart Can Hold") is being recorded by Wendy Moten. He also wrote "Not Like This" for Al Jarreau, "Healing" for Deniece Williams, as well as songs for Jennifer Holliday, Manhattan Transfer, Neil Diamond and James Ingram. 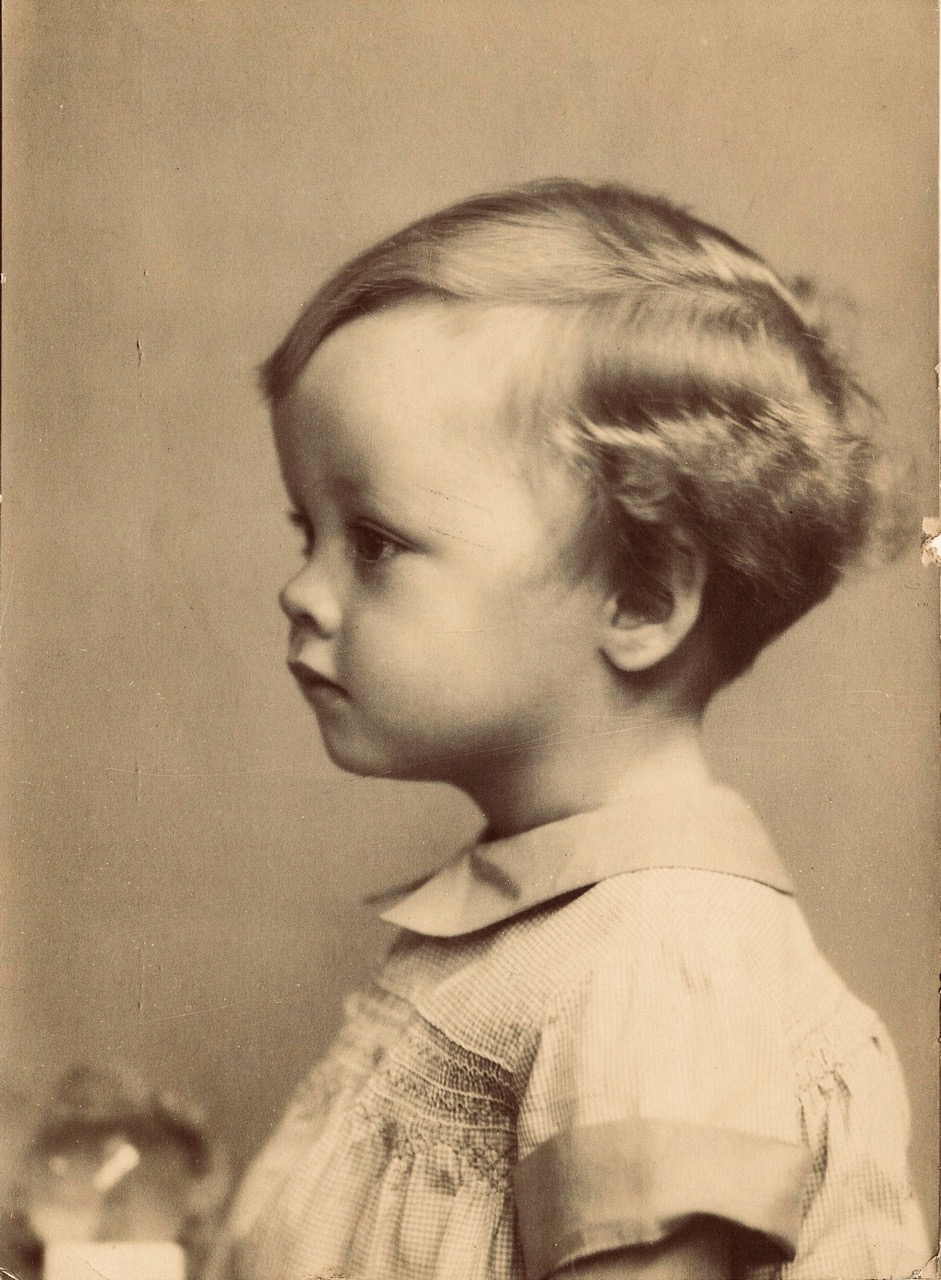 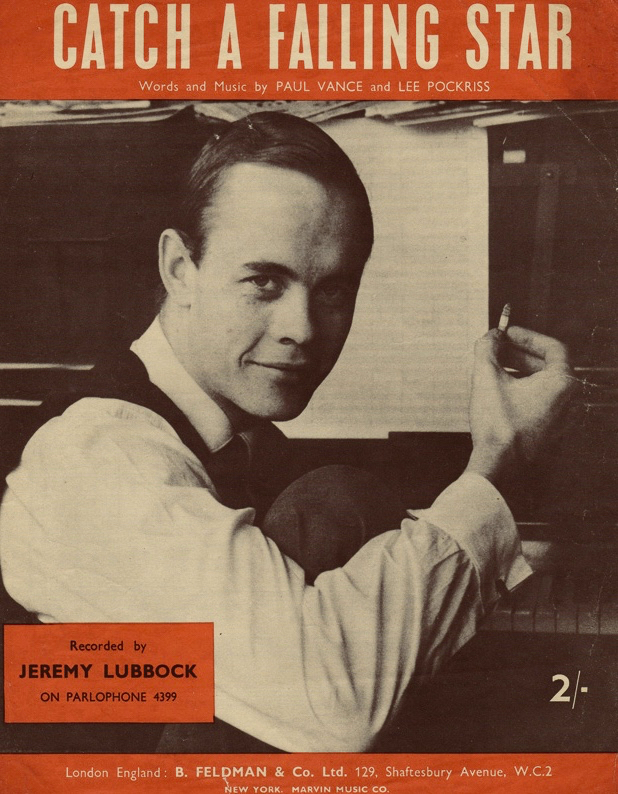 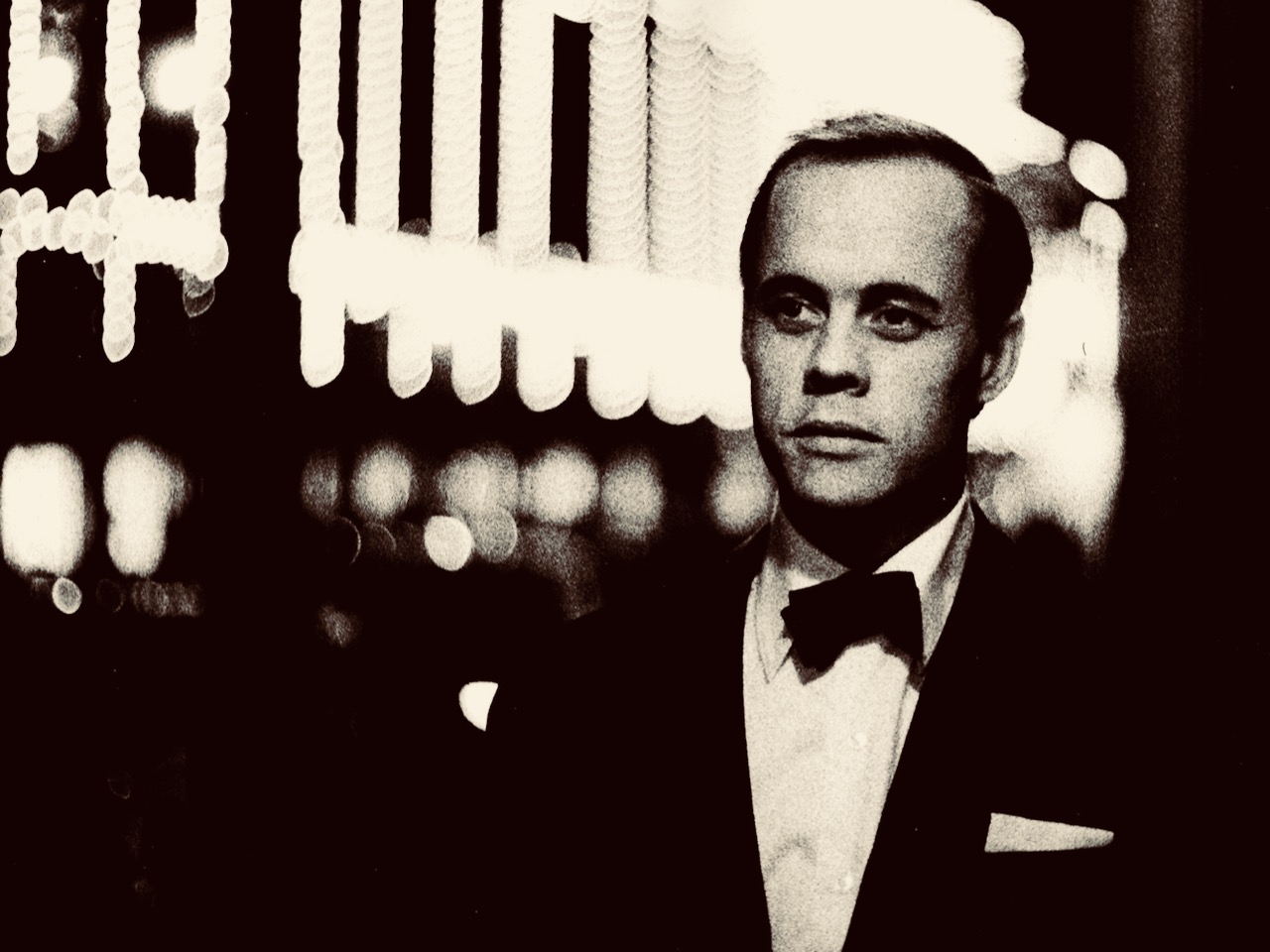 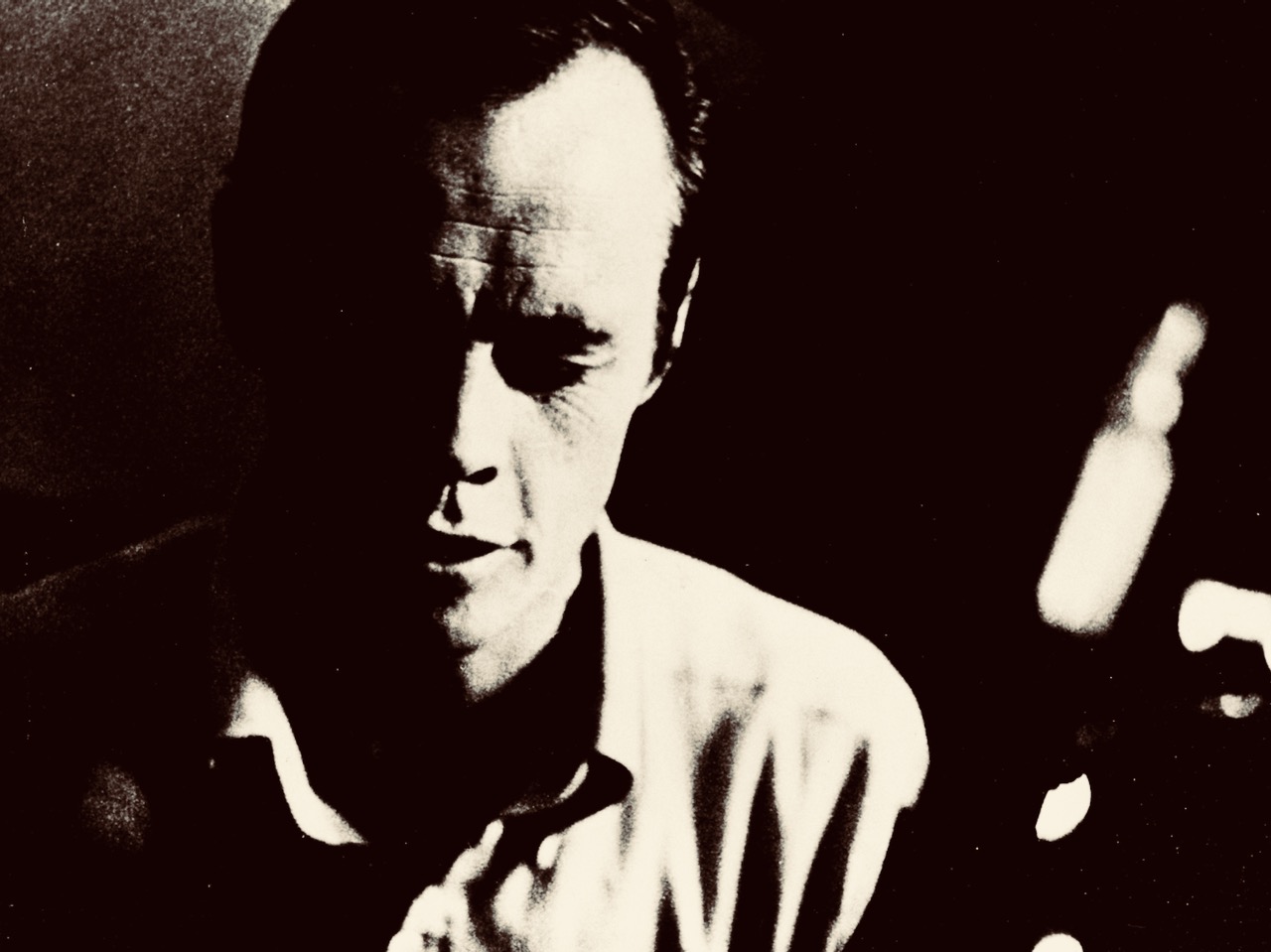 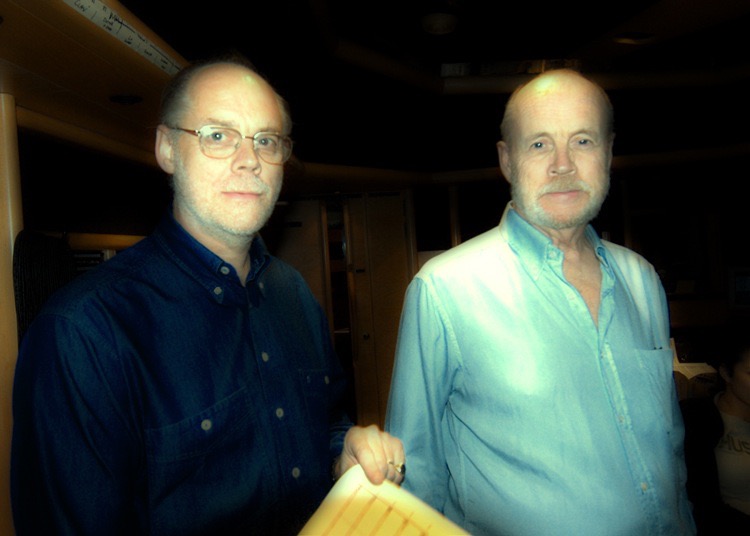 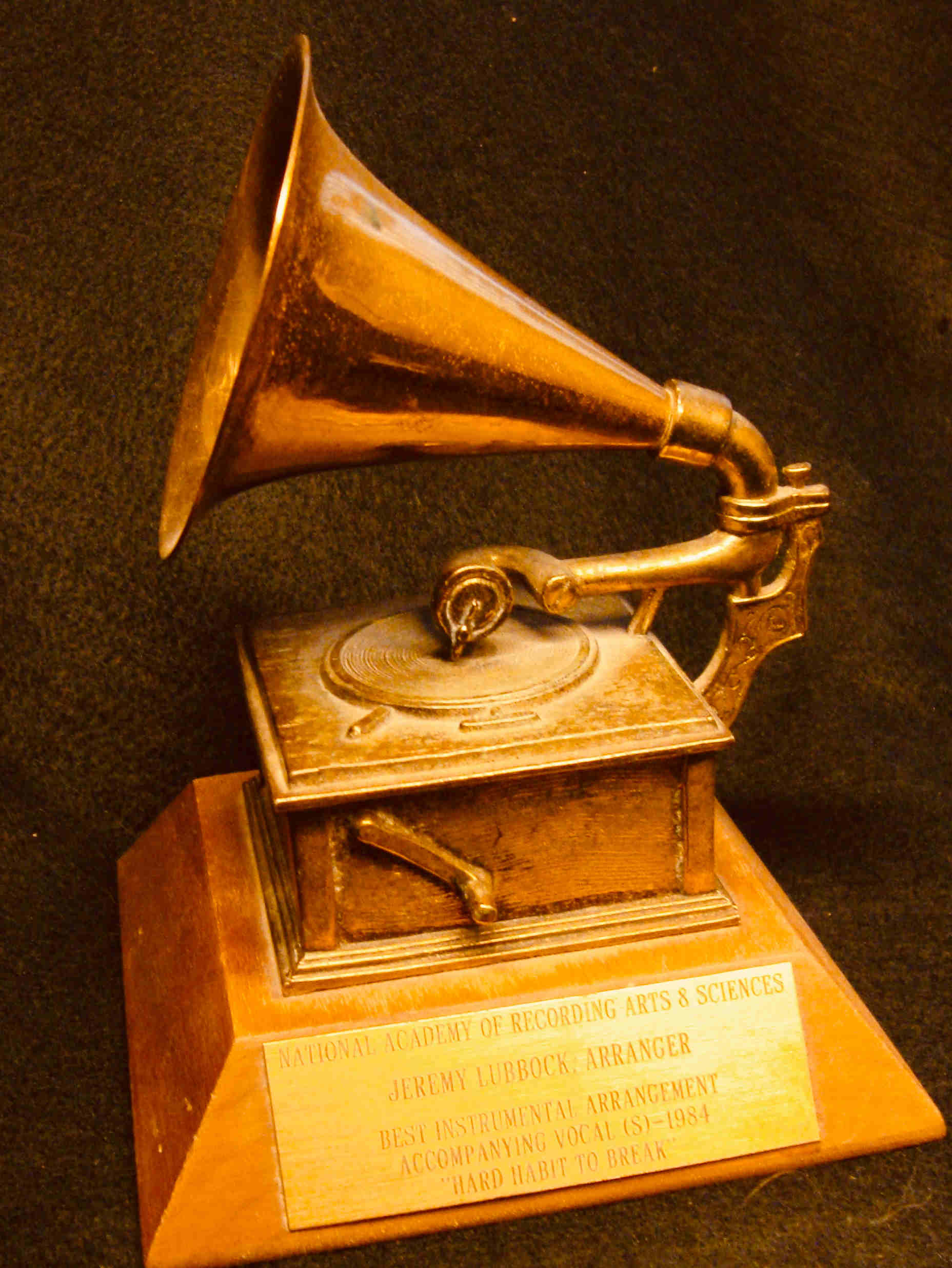 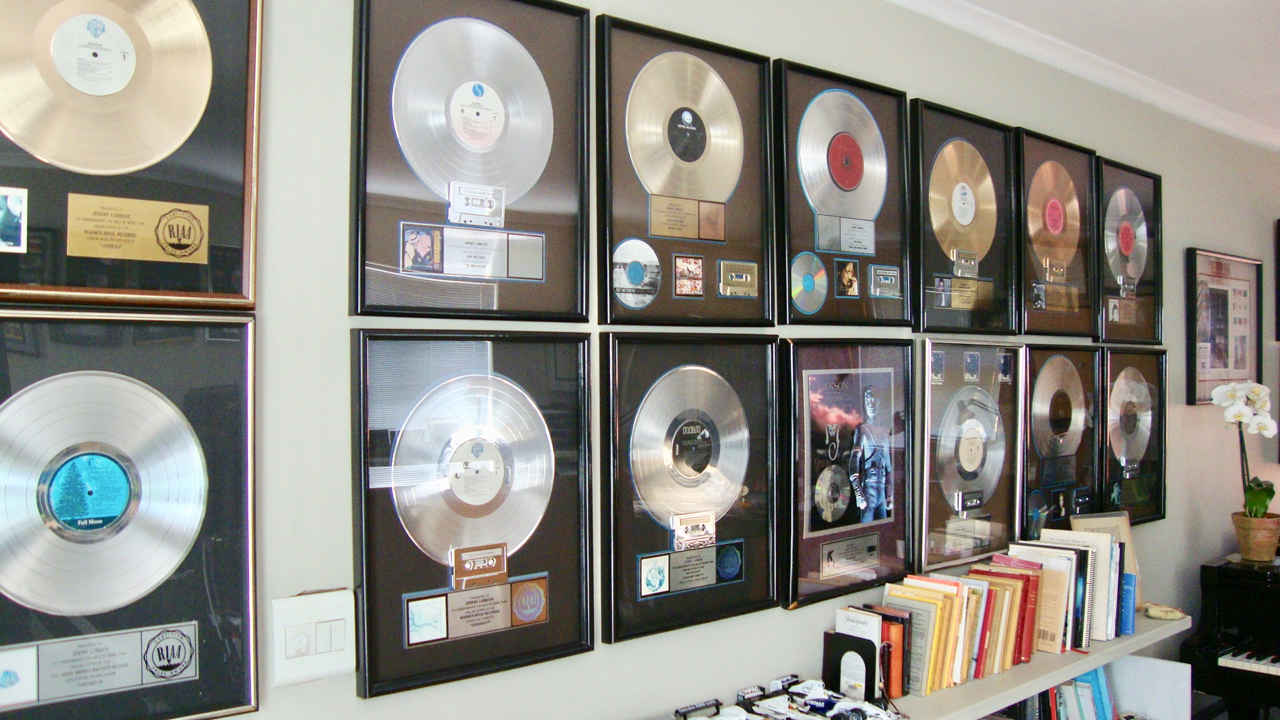 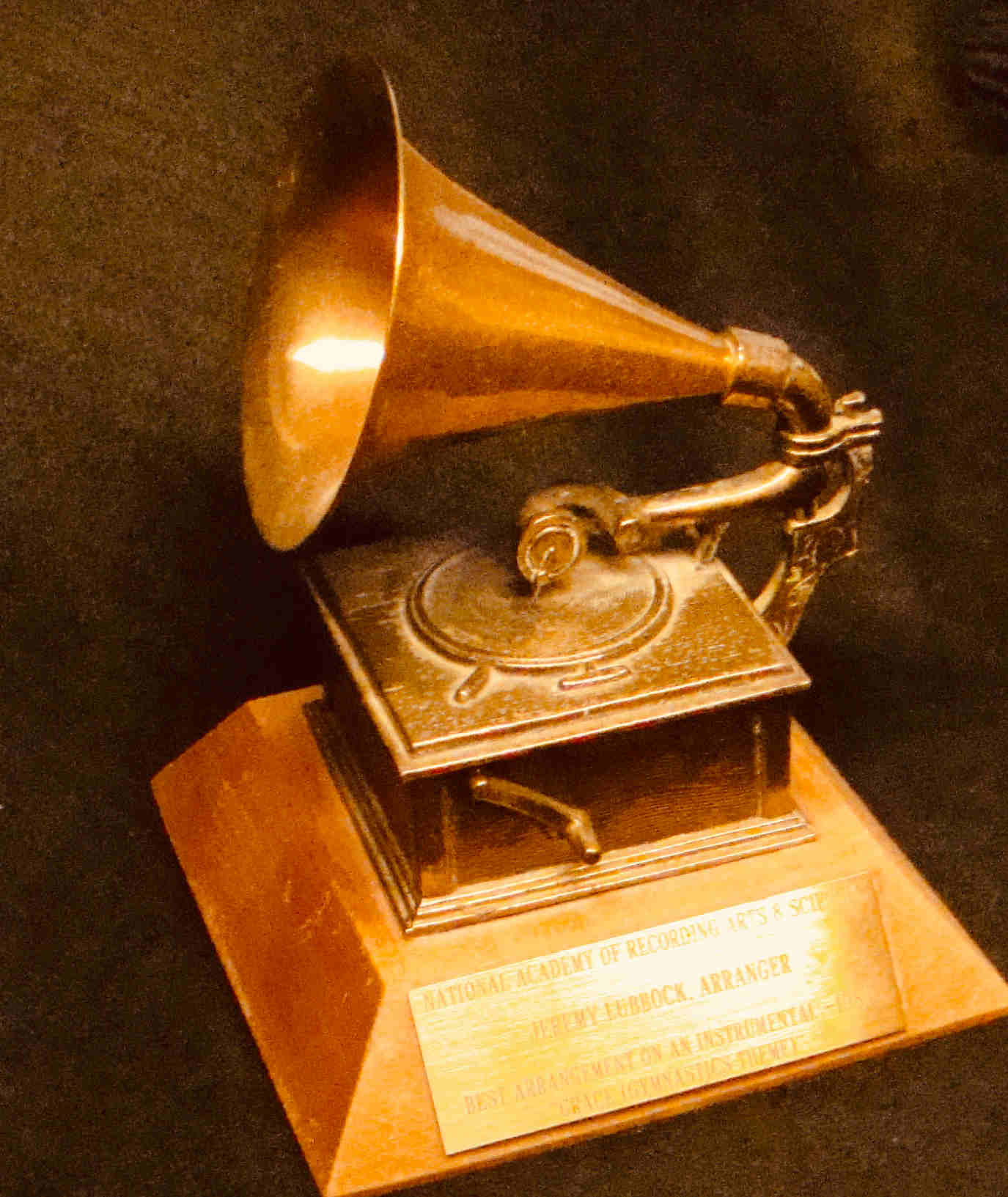 Best Arrangement On An Instrumental Theme
The Grace
Gymnastics Theme

Photographs of Jeremy's Sales Awards and Nominations
Click on images below 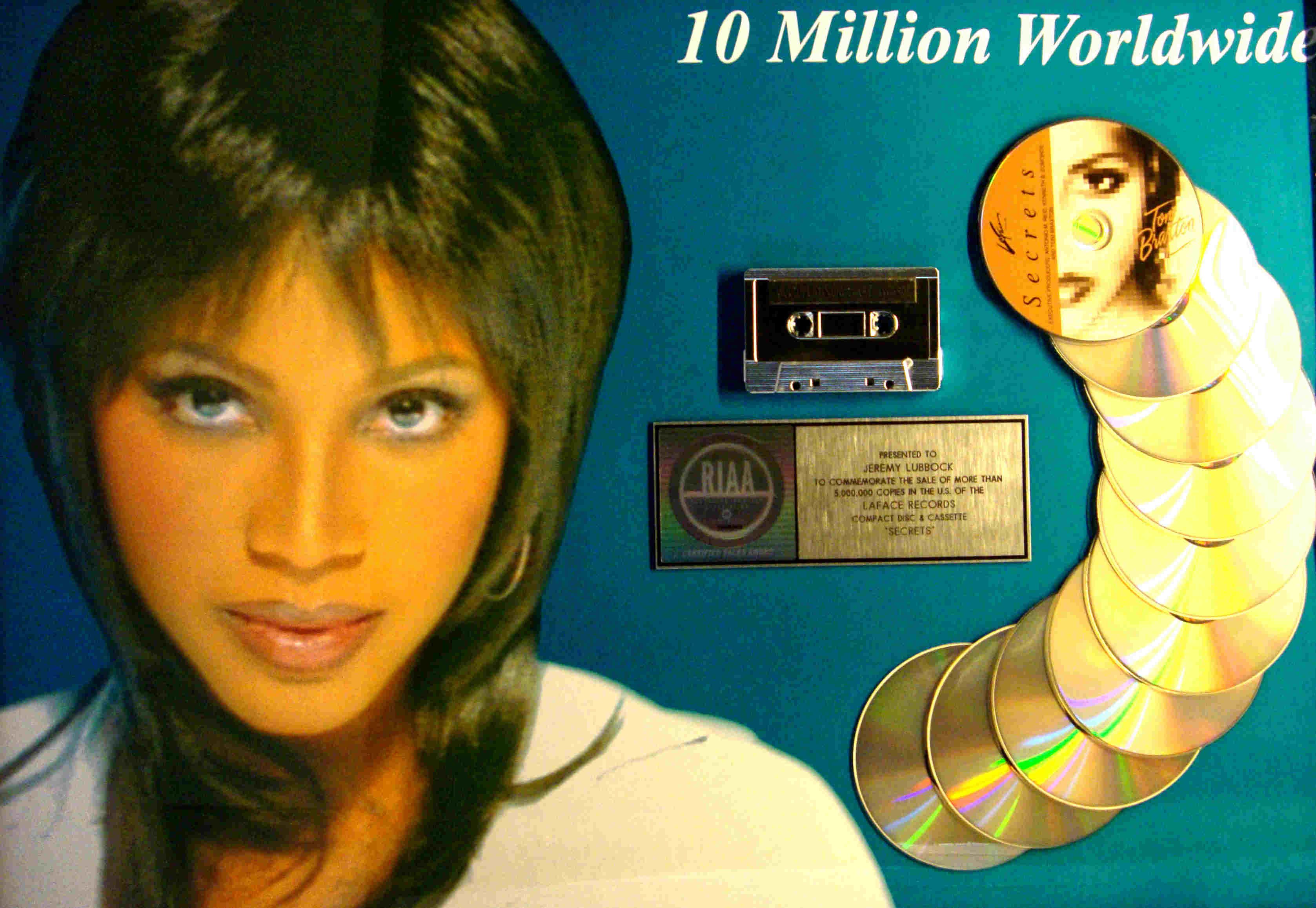 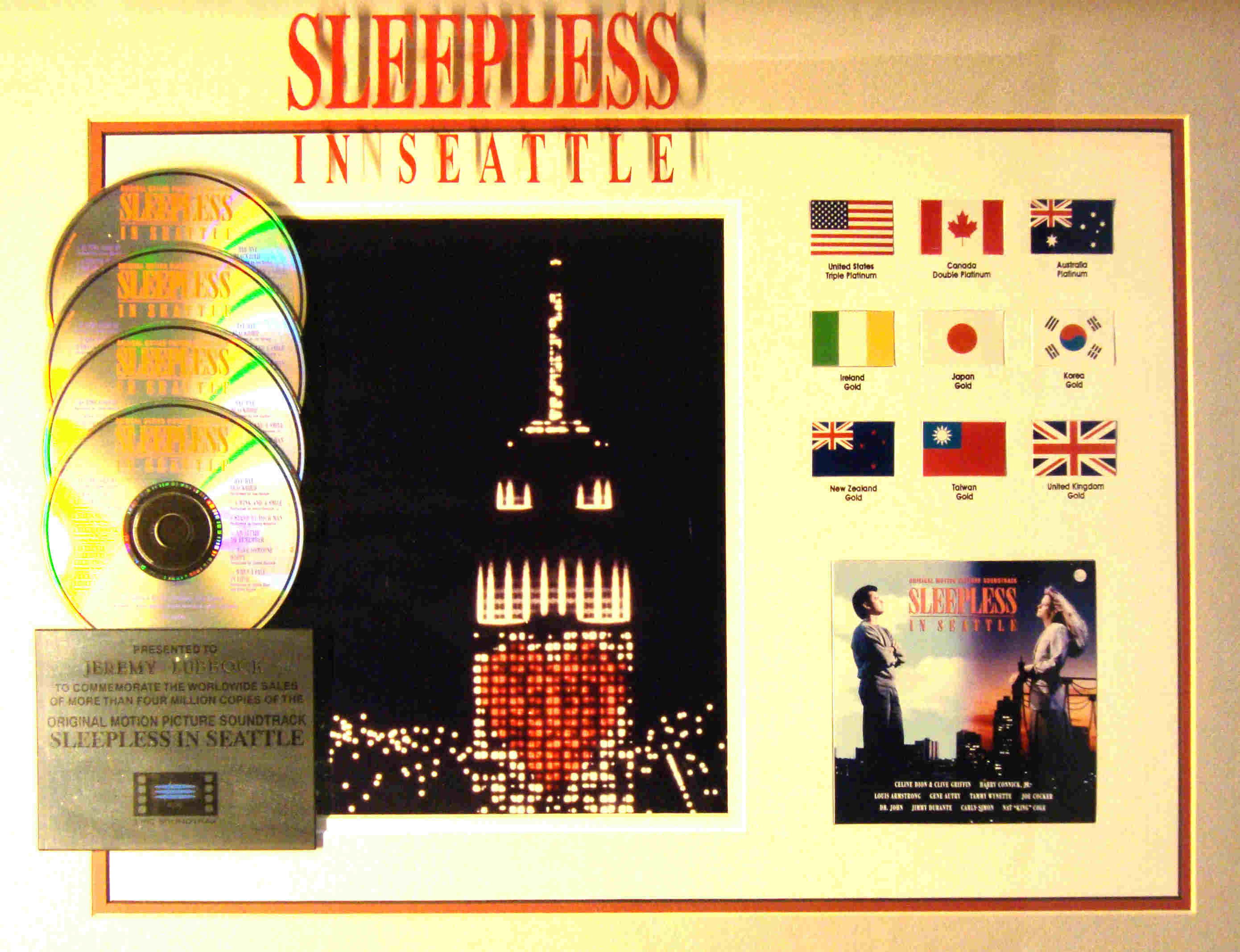 Neil Diamond
The Best Years Of
Our Lives

Kenny Rogers
What About Me

Kenny & Dolly
Once Upon
A Christmas

James Ingram
It's Your Night 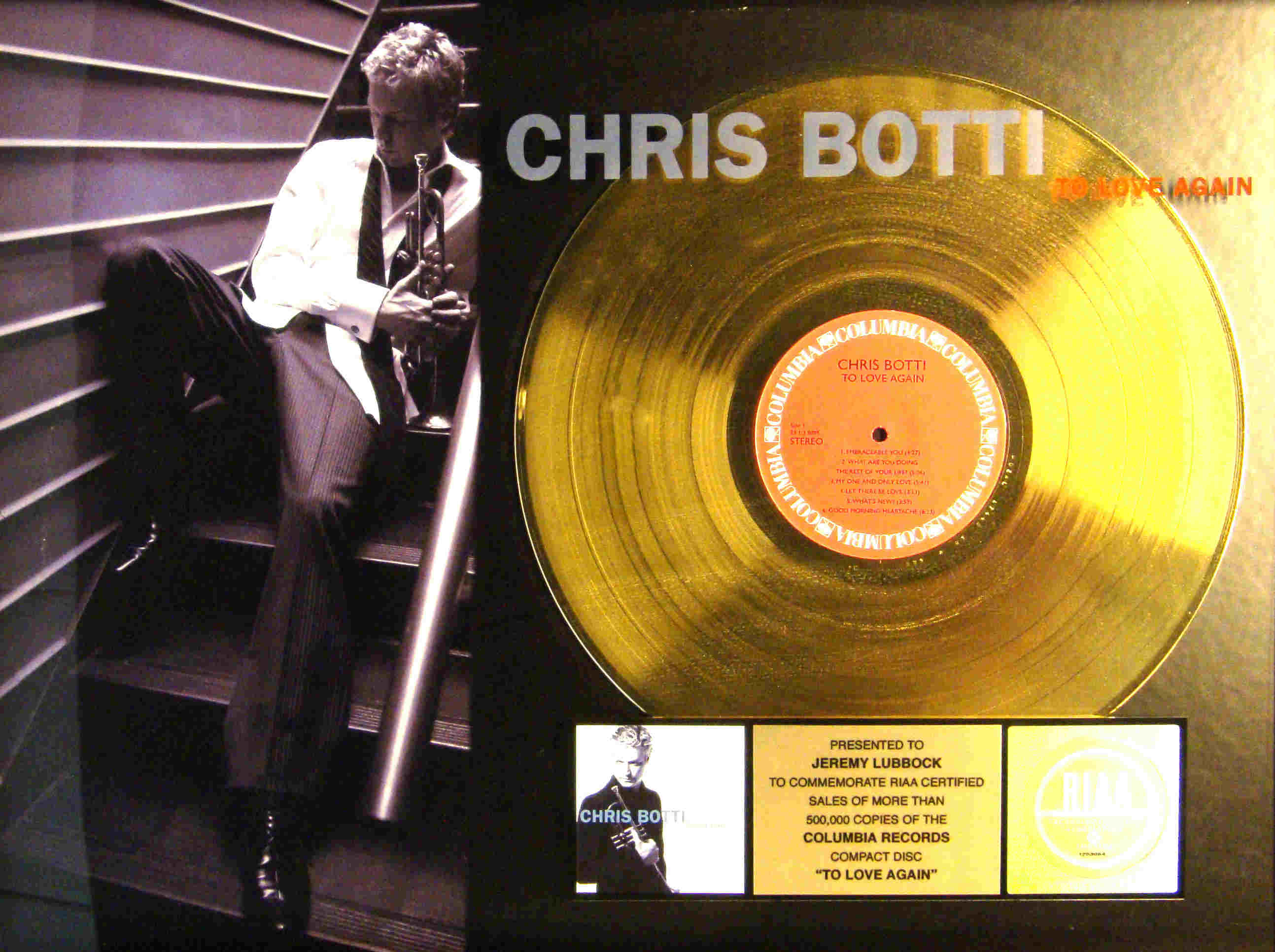 Madonna
Something To
Remember 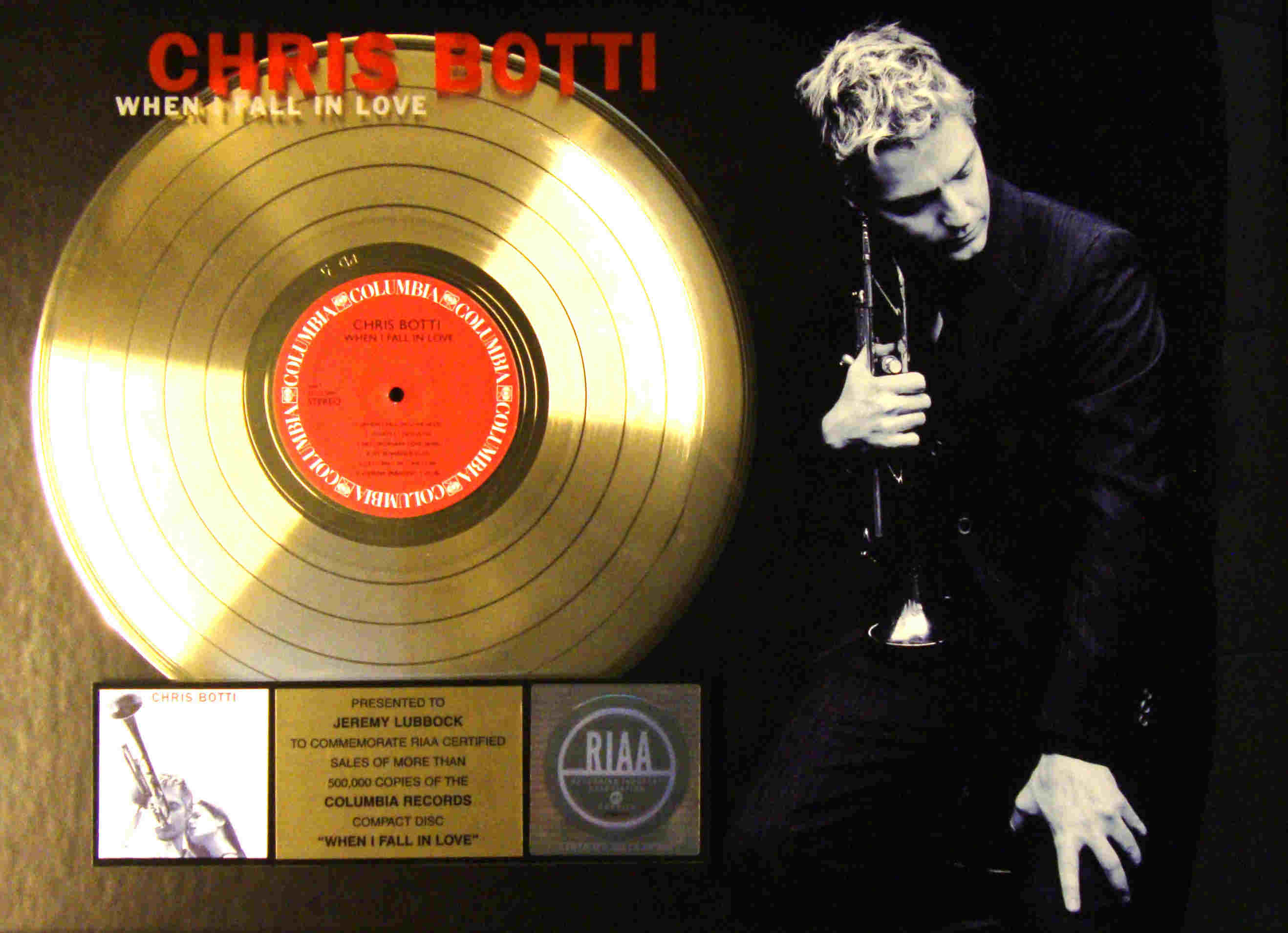 Chris Botti
When I Fall In Love

Celine Dion
These Are
Special Times

Barbra Streisand
Back To Broadway 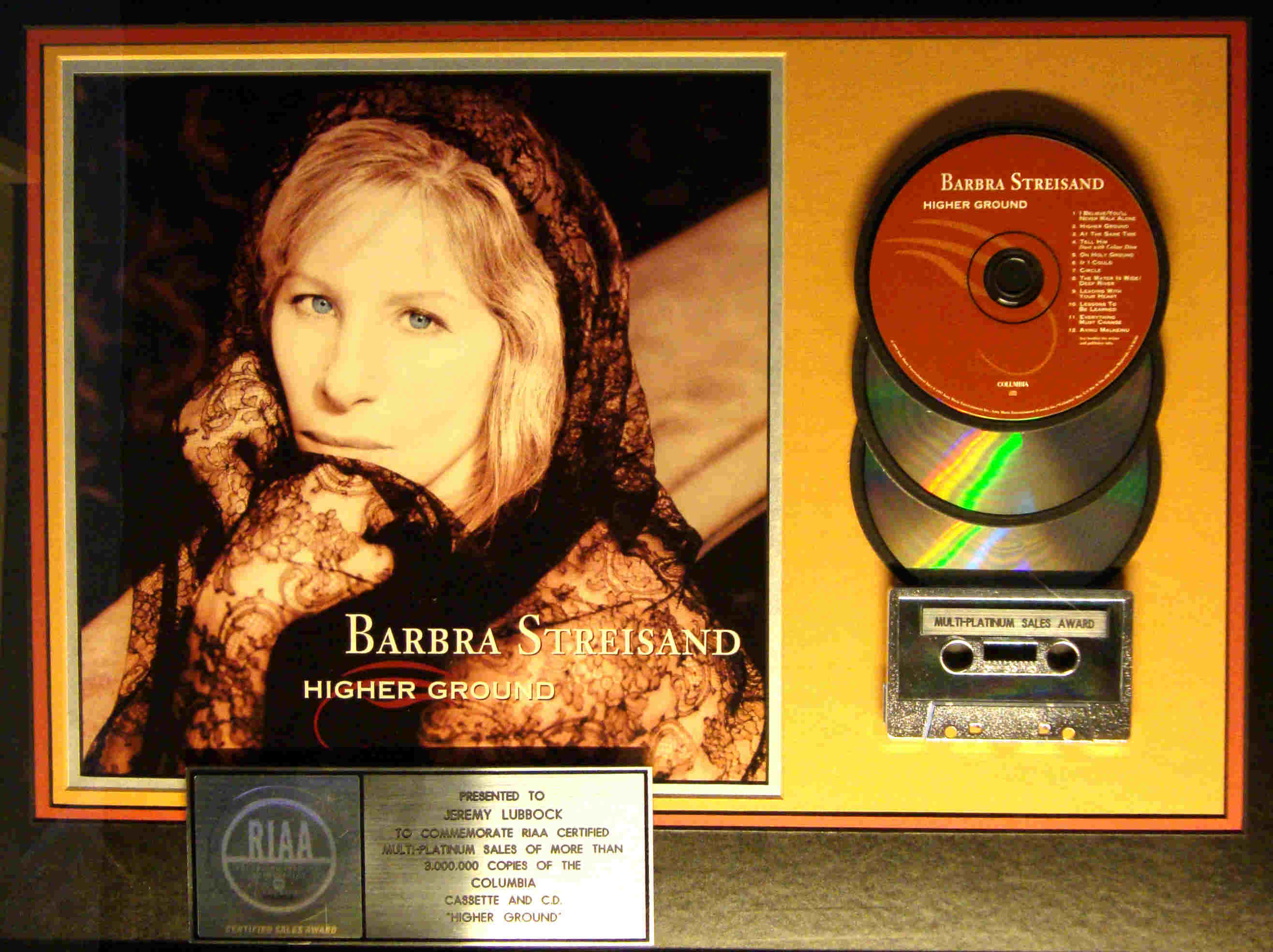 Whitney Houston
I will Always
Love You

A Veritable Body Of Work

Some Detail On The Albums
Arranged And Produced